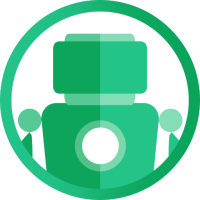 Are you using ACMarket on your Android device? Are you looking for something different? Then read on, because we have a few alternatives that you can try. AC Market only offers Android apps, and it won’t work on every device. If it doesn’t, or you want to try iOS apps, keep reading.

For Android users, there are some great alternatives listed below.

Aptoide is a great ACMarket alternative and a Google Play Store rival. They have come up as an unofficial appstore for Android apps, which allows download of legal apps to users outside the rules and regulations of Android.

As the official Android appstore, 9Apps is also an appstore created by the Alibaba Group of China. It contains many free and popular apps not available on the PlayStore, free from restrictions.

AppVN is a Vietnamese appstore for Android users allowing download of 3rd-party apps and tweaks on your device.

Next in line is the Panda Helper appstore. Initially released for iOS users, the team released an Android version of its already popular appstore for iPhone to all Android users.

Panda Helper app is a great alternative for AC Market users, Panda Helper, offers loads of different apps and tweaks, lots of unofficial content, and a few mods too.

On offer, you will find apps like GBA Emulators and AirShou Screen recorder, to name just a few and all for free. 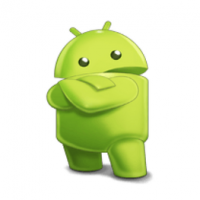 GetAPK Market is a comprehensive app installer that offers more than just the free apps and tweaks found in other installers.

Here, you will also find the most extensive choice of apps outside of the play store, and they are all free.

TutuApp is one of the best alternatives, offering a vast choice of apps and tweaks to choose from.

Choose from a Free or VIP version to download thousands of different 3rd-party mods, apps, and Cydia tweaks, along with other exclusive content.

For iOS users who want something different, try these:

AppValley app is by far one of the most popular of all the third-party installers, offering thousands of tweaks and unofficial apps and tweaks, all for free.

The admin is continually updating and adding new content regularly too.

Last but not least

ACMarket isn’t the only app installer available; for both Android and iOS users, there are plenty more to choose from. The four we talk about here are the most popular choices, all offering a vast range of unofficial and 3rd-party tweaks for free.

Back to top
Language: